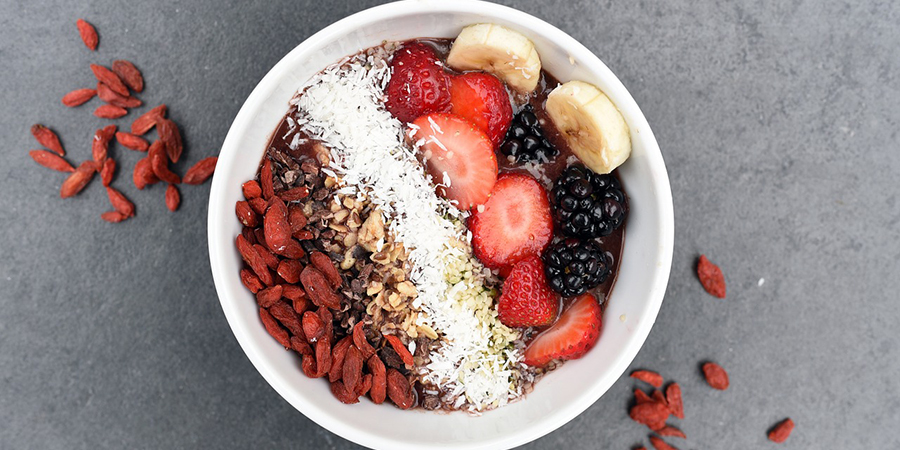 As we look for reasons why rates of overweight, obesity and type 2 diabetes continue to rise around the globe in both developed and developing nations, carbohydrate in food has once again come under the spotlight, with many popular authors, and even some scientists, advising people to severely limit or even avoid carbohydrates, and conversely, eat more fat and protein. There is of course more than one healthy eating pattern – higher fat, lower carbohydrate diets like the Mediterranean diet, or high carbohydrate low fat diets like the Okinawan diet are both associated with a decreased risk of chronic disease and increased longevity, for example.

Which way you choose to eat will depend on many factors including your cultural background, personal food preferences, religious beliefs, food availability and price, and let’s not forget you or your partners’ culinary skills. You of course do not have to choose one particular eating pattern either – if you are lucky enough to live in a country with a bountiful range of foods from all around the world, and you have enough money to pay for them, you can choose to enjoy different styles of cuisine on different days of the week, for example. Indeed, enjoying a wide range of nutritious foods is one of the common dietary guidelines from around the world, and one of life’s pleasures.

The simplest form of carbohydrate is a sweet-tasting single-sugar molecule called a monosaccharide. There are three main monosaccharides in foods and drinks – fructose, galactose and glucose. Two sugar molecules joined together are known as disaccharides, and the most common forms in foods and drinks are lactose, maltose and sucrose. Larger chains of 3-9 sugar molecules are known as oligosaccharides, and the most common form found in foods are maltodextrins. Long chains (10 or more) of sugars are known as starches, and there are 2 main types – amylose, which contains mostly long straight chains like pieces of string, and amylopectin, which contains lots of branched chains, like a tree. Finally, most forms of dietary fibre are also made up of long chains of sugars, but they are joined up in ways that prevent our body’s digestive juices from breaking them down.

Wherever you live in the world, you will not find starches or oligosaccharides listed in nutrition information/facts panels. While this may not sound like a significant issue, it does in fact lead to a lot of confusion about carbohydrate in food. You often see or hear stories where people are discussing the health effects of carbohydrates and sugars in foods: this is of course a tautology – sugars are carbohydrates, and did the person/author forget about/not know about oligosaccharides and starches? Also, given the demonization of sugars over the past few years, manufacturers are reducing the amount they add to foods as ingredients, often replacing them with oligosaccharides/starches plus an intense sweetener. Under this scenario, the Total carbohydrate or fibre content of the food may not change, and despite containing less added sugars, the food may not in fact be a healthier choice than the original version as oligosaccharides/starches can be as highly refined as the sugars that they replace.

Finally, not all starches are the same from a glycemic index (GI) perspective – as a general rule, amylose is more slowly digested than amylopectin, so the kind of starch added to a food potentially matters.
You can calculate the amount of starch and oligosaccharides in a food by subtracting the amount of Sugars and Dietary fiber from Total carbohydrate in North America, or Sugars from Carbohydrates in Aus/NZ. Despite this, we believe they should both be listed in Nutrition facts/information panels so that people are not inadvertently being misled.
A property of carbohydrate containing foods that is also not included in a foods Nutrition facts/information panel is the GI. It can be voluntarily added in Australia/NZ and the USA at present. If achieving and maintaining optimal blood glucose and insulin levels is one of your concerns, then the GI is more important than the individual amounts of sugars, oligosaccharides and starch in a food as the way it is measured encompasses them all. 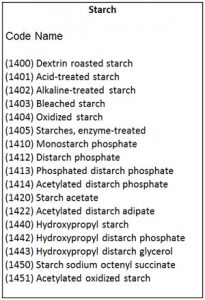 It is very important to note that in both North America and Aus/NZ, Sugars means all mono and di-saccharides found both naturally in foods and added to foods. So you cannot simply look at a nutrition panel and work out how much sugar has been added to food as that detailed information is not provided, and simple statements like “simply choose foods and drinks with less than 5 g of sugars per 100 g” are not very helpful as such advice would lead to the exclusion of many highly nutritious foods like fruits, milk, and yoghurt due to their natural sugar content. There have in fact been calls in various parts of the world to list the amount of added sugars in Nutrition facts panels. The US’s FDA has recently mandated it, but added sugars won’t be appearing on food labels in that nation until after July 2018, and it won’t be fully implemented until 2021.

Despite what you may have read or heard, there is therefore unfortunately no single measure of carbohydrate quality – you need to take a range of factors into account, depending on your own particular needs.

For example, if achieving and maintaining optimal blood glucose levels are a priority, then the total amount of carbohydrate and GI are the two most important factors (http://www.ncbi.nlm.nih.gov/pubmed/19160276); if bowel health and regularity is more of a priority then the dietary fibre content is important; if dental health is an issue then refined sugars, maltodextrins and starches are important; etc…In determining whether a food or drink is healthy or not, you have to consider the wholefood, and don’t forget how often you consume it and in what amount. Use all of the information provided in the Nutrition facts/information panel, ingredient list and look for additional useful information like the GI to make a fully informed decision.